Quick menu
Daily Bitcoin News > Cryptocurrency News > Are US Retailers in Real Trouble Because of it? 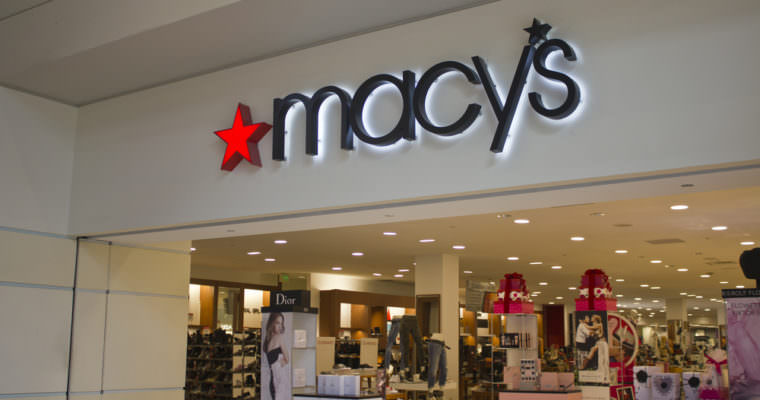 With an unprecedented 17.68 percent drop on Thursday, Macy’s may possibly fuel a short-term decline of all retailers in the United States.

Following the plunge in the stock price of Macy’s, other major retailers in the likes of Target have started to demonstrate a lack of momentum from the strong corrective rally the U.S. stock market experienced in early January.


The Macy’s Curse, Not Specific to Macy’s

What drove the abrupt plunge in the stock price of Macy’s, the largest single-day drop in the company’s history, could have been unreasonably high expectations of investors in the performance of retailers during the holiday season, from Christmas to New Year’s Eve.

Investors failed to recognize that many retailers, including major conglomerates in the U.S., often sell most of their shelved products with a heavy discount during the seven-day holiday season. Ostensibly, and on paper at least, retailers seemed to have generated substantially high revenues. But, the profit margins were extremely low.

People were saying in advance that this was going to be a great holiday season, driven by the expectation of fewer discounts and higher price points. But it appears that inventory levels have built, forcing promotions to increase. That means the consumer wins at the expense of the retailer.

On CNBC Fast Money, Guy Adami, the director of Advisor Advocacy, added that the growing consumer debt in the U.S., with credit card and overall household debt surging past all-time highs, may have also led many consumers to spend less in the past several weeks.

“I’m still in the camp that says that U.S. consumer will always spend money but it doesn’t mean they should be spending money, and quite frankly, with consumer debt to GDP now close to 60 percent, that poses a problem, especially if interest rates are going to go higher,” Adami noted.

However, the relatively strong performance of Mastercard and major payment processors raises questions on whether consumers are simply not spending at retailers but are still spending elsewhere.

With increasing pressure from rapidly growing e-commerce platforms like Amazon, Alibaba, and Flipkart, retailers in the U.S. and the global market have faced tight competition since early 2017.

Some analysts worry that the biggest single-day drop in the stock price of Macy’s could initiate a domino effect and impact most of the major retailers in the U.S. market in the coming weeks.

Are Department Stores in Trouble?

During a period in which the strongest companies in the U.S. like Apple are struggling with margin misses and consumers are feeling less compelled to purchase products in general — possibly due to the volatile stock market and uncertainties surrounding the economy — department stores that do not specifically lead in a certain area in retail could continue to face challenges.

Other department stores like Kohl’s recorded four to five percent losses on the day, affected by the performance of Macy’s.