Cryptocurrency investment is becoming a common trend. In the fourth quarter of the year, when investments are said to start doing well, how are cryptocurrencies going to perform? In this article, we will look at the price prediction and analysis for one of the biggest cryptocurrencies, Ripple (XRP), in November. If you have been thinking about buying the cryptocurrency, then read through to see what the near future holds for it.

XRP is a cryptocurrency offered by a distributed ledger technology company – Ripple. XRP is used to provide liquidity for cross-border payments, which are becoming common today. The 4th largest cryptocurrency was one of the cryptos that experienced the biggest price rallies in 2017, although it has dropped significantly since then.

Although XRP has not made any spectacular progress in price in the last month, it has shown a general upward trend during the period. On September 26, the price was at $0.2404, and the rest of the month passed by with the price around this level. It, however, dipped further to $0.2303 on 2 October. This did not last long, and the price bounced back to $0.253 on 5 October. 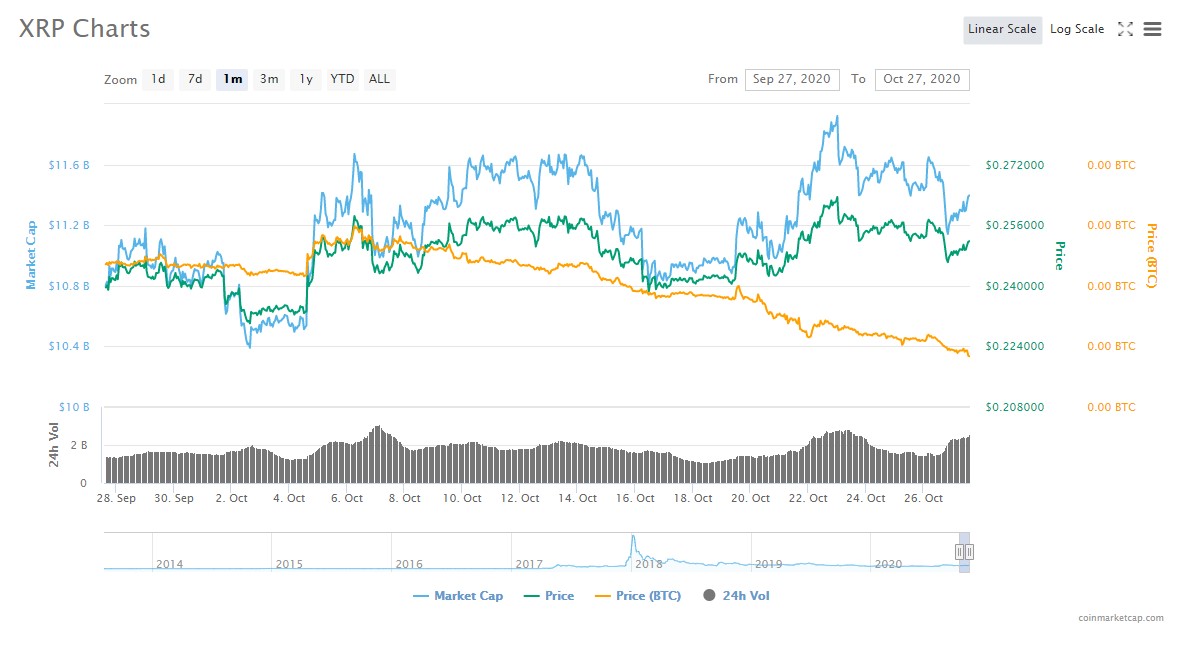 It has been a mild and sometimes wild fluctuation since then, and the price has risen to over $0.26 on 22, before dropping slightly to the current $0.253. Looking at the chart of XRP/USD, The 20 and 50 Moving Averages (MA) remain crossed below the 100 MA. This means that the long term trend is still bearish for XRP despite seeming positive movements. This is referred to as the Death Cross, which is reversed when the shorter period MAs cross over, the longer period MA, otherwise known as the Golden Cross. 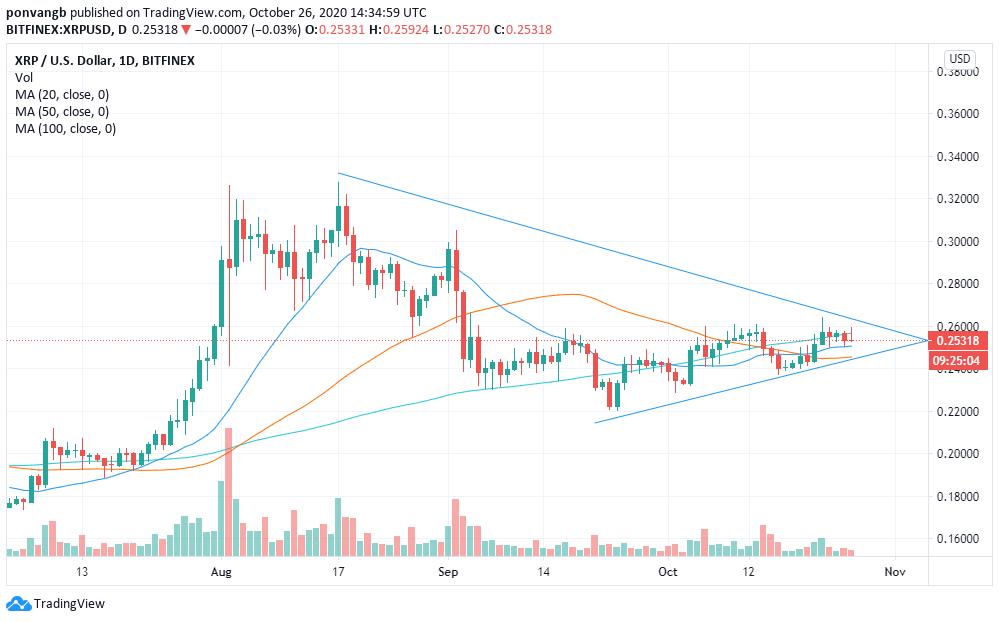 It is, however, showing signs of consolidation because the price range is becoming smaller, as shown in the chart above. This usually ends up in a breakout, which may be positive or negative, resulting in a major upward or downward movement, respectively. If the breakout is upward, XRP may be seeing some good days in Q4 of 2020 like Bitcoin is already doing.

The following are major support and resistance levels to consider in trading XRP, according to Walletinvestor: 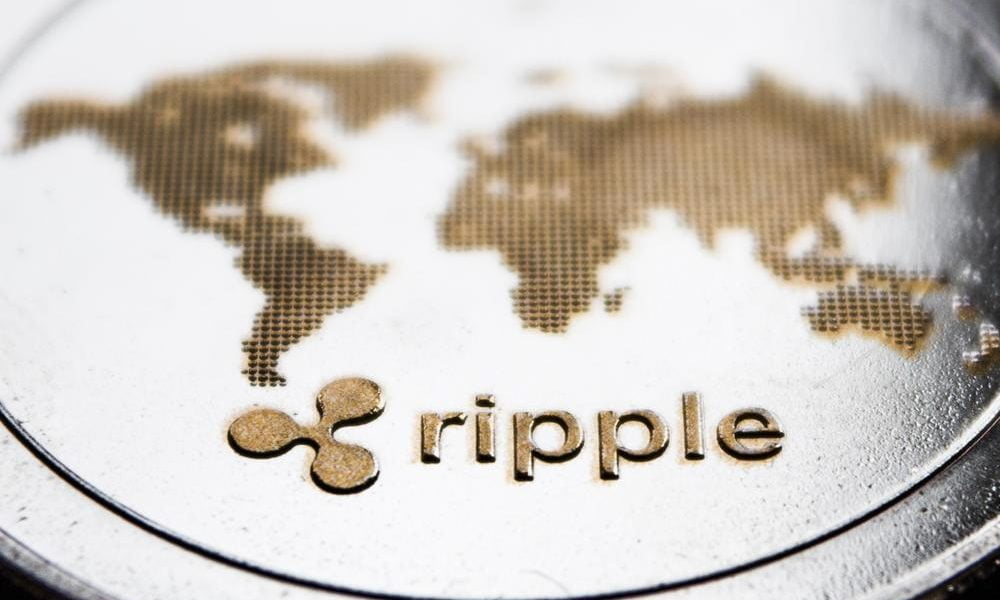 Twitter’s CEO Brad Garlinghouse, last week, announced Ripple’s decision to move its headquarters from San Francisco in the United States to the UK. This is because of the unfriendly regulatory environment in the U.S, Garlinghouse said. He added that the decision was to enhance the growth of the company and Ripple in the UK, where XRP is not considered safe as the U.S authorities claim.

Ripple has been in court over the controversy of XRP’s status as a security or a coin. U.S regulators have generally been unfriendly towards cryptocurrencies in the country, and this has led to the stunted growth of cryptocurrency projects, including XRP.

Apart from the U.K, which has assured Ripple that XRP will be regarded as a currency, Ripple is also considering Japan and Singapore as other options, and the countries’ regard for XRP will play a key role in determining if the company will move to establish there.

The following are some major price predictions for XRP for the month of November 2020.

This website has a more bullish outlook for XRP. It projects that XRP will reach an average price of $0.5 in November, which is a price many XRP investors are hoping for.

The above are the key price predictions for the XRP for the month of November. You may still need to do more research to decide on your actions, but hopefully, this will give you the big picture. Also, investing in cryptocurrencies is pretty risky for your capital, so only invest what you can afford to lose. You can easily try that out with XRP, as little investment can get you quite a lot of it.