Weiss Ratings believes that bitcoin price surging to $8,373 will open the doors to a once in a lifetime purchasing opportunity.

The independent rating agency based their assessment on analysis from their chief crypto analyst Juan Villaverde.


The analyst explained that Bitcoin’s recent surge to a 2019 high at $8,373 has primed the market for an impending correction that will represent the greatest purchasing opportunity since 2015. 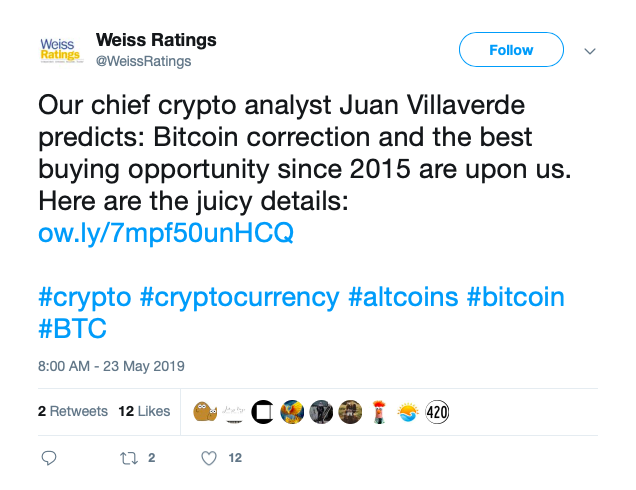 According to Villaverde, similar price action occurred in 2012 and 2015 and the cryptoanalyst explained that:

In January 2012, for instance, after Bitcoin has rallied to $7 per token from its bottom of $2 just months earlier, Bitcoin suffered a 45% correction down to about $4. But that was a launching pad for a bull run that would take Bitcoin into four-digit territory for the first time in its history, hitting a high of almost $1,200 by December 2013. 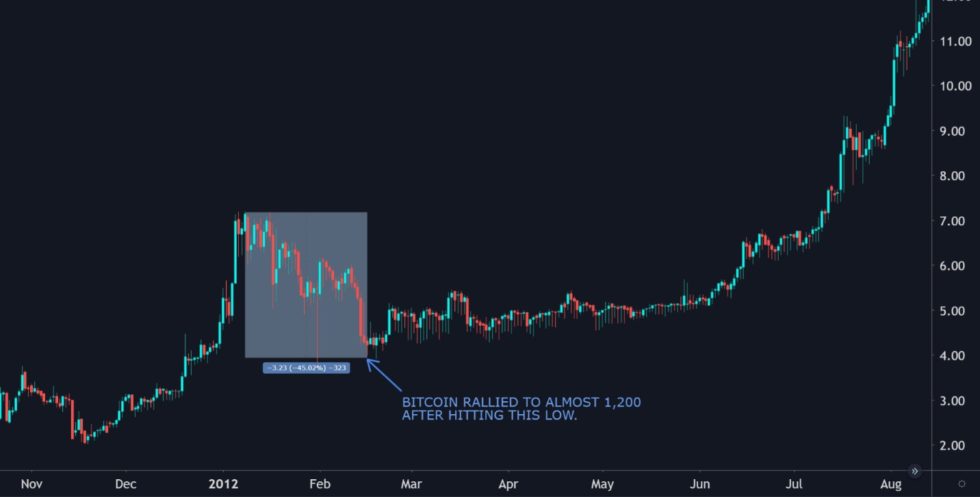 Villaverde then pointed to an identical occurrence in 2015 when Bitcoin price notched $500 in November only to be followed by a sharp 40% sell-off to $300 a week later. 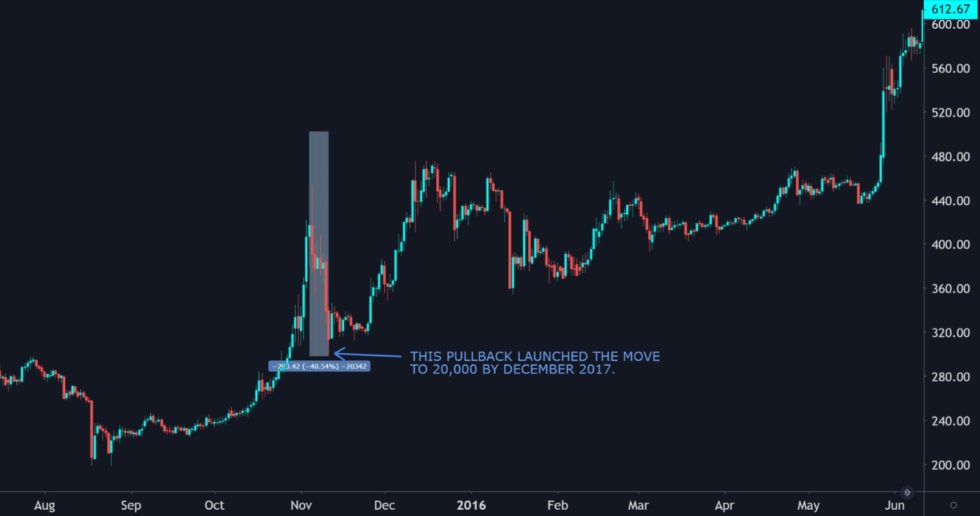 Will Bitcoin Pull Off a ‘Three-Peat’?

Naturally, investors will be concerned about whether history will repeat itself and the phrase “past performance is not indicative of future results” comes to mind.

Villaverde addresses this valid concern by pointing out that that Bitcoin’s fundamentals have improved significantly over the past year and the fact that Bitcoin usage is near all-time highs, with daily transaction volumes nearly reaching levels not seen since late 2017 is encouraging.

Weiss also pointed out that Bitcoin network fees remain at their lowest levels since August 2017 despite the consistent increase in transaction volume. Villaverde explained that there is a negative correlation between usage and fees and this is proof that upgrades like SegWit and the Lightning Network were paramount in making this possible.

Overall Villaverde encouraged investors to focus on the positives and reiterated that: the recent major rally confirmed the beginning of a bull market, Bitcoin’s fundamentals have improved the point of supporting increasing price and he cautioned investors to be attentive of an impending sharp correction, which could provide a fantastic purchasing opportunity.

Do you agree with Weiss Ratings advice to buy the next Bitcoin dip? Share your thoughts in the comments below!