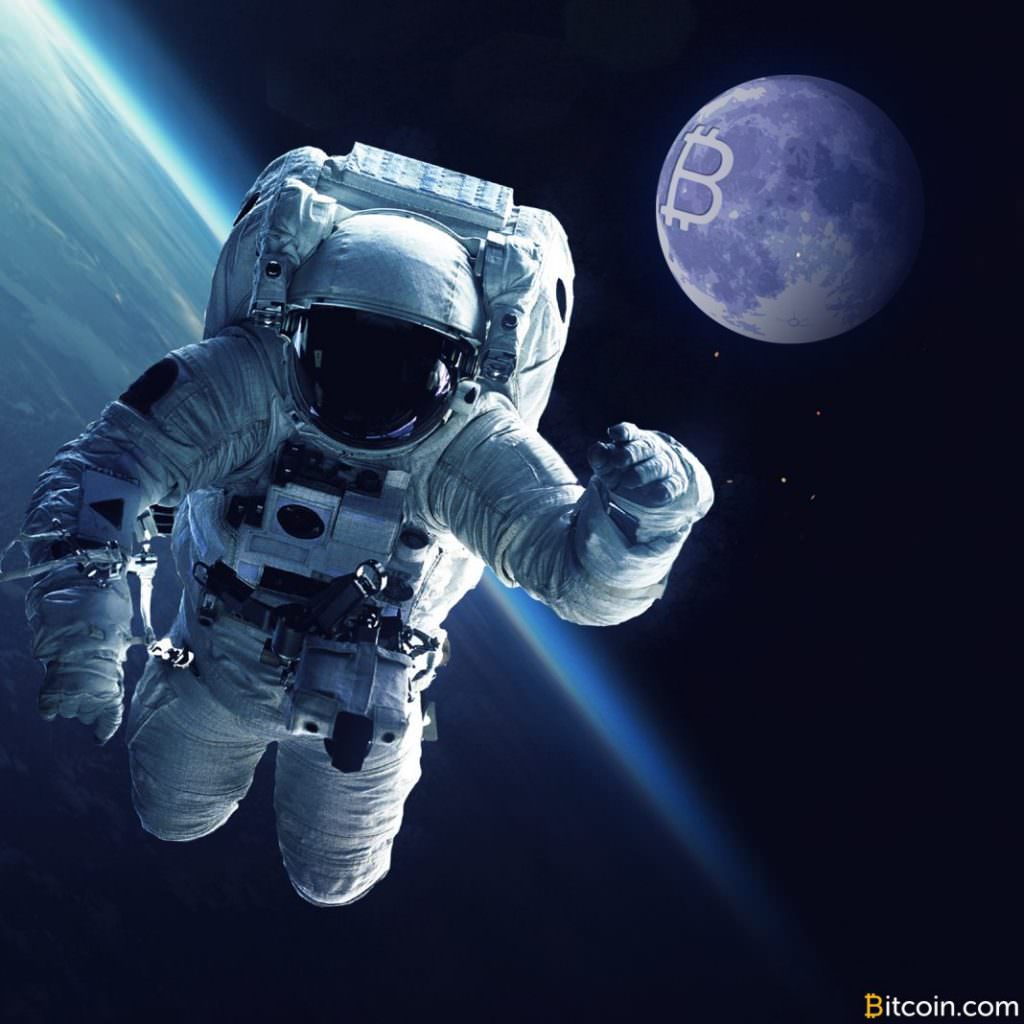 The Satoshi Revolution: A Revolution of Rising Expectations
Section 4: State Versus Society
Chapter 10, Part 5
Crypto-Idealism is the Future that Crypto-Statists Need to Defame
by Wendy McElroy

[A]ll those who used their knowledge in a bid to enact social change saw cryptography as a tool to enhance individual privacy and to shift power from big, central institutions to the human beings who live in their orbit.

-Paul Vigna, The Age of Cryptocurrency: How Bitcoin and Digital Money Are Challenging the Global Economic Order

Idealism within crypto is under vigorous attack by those who claim it obstructs “respectability” and the path to profit. The opposite is true. Idealism is the willingness to believe in and to fight for human values, such as freedom and decency. It embodies the core of what is respectable in human behavior. And striving for the best within individuals and for society never blocks an honest profit.

Should Crypto’s Path Reflect That of Society at Large?

A political debate has decided the details of daily life down to which words can be spoken with impunity and which buildings require an obedient frisking at their point of entry. The debate is liberty versus security, and the security side has won. The conflict was manufactured by drawing a false dichotomy between the two concepts, although none exists in reality. Security in person or property is only possible through individual liberty, which is the basis of self-defense. Nevertheless, liberty for the average person is pushed to the sidelines. It thrives in legislative loopholes, on black or gray markets, in renegade jurisdictions, and in technologies that still confuse most people, including politicians: It lives in crypto.

A similar debate regarding liberty versus security rages within cryptocurrency. It is personal freedom versus safety. (Note: “safety” here means much more than a rejection of violence and fraud upon which both sides agree. It means the “respectability” of merging with the financial mainstream, complete with regulation and law enforcement.) The dichotomy is also false when applied to the crypto debate. Again, safety rests on individual rights that ensure individuals control their own assets, including person and property. Nevertheless, the cry for “respectability” grows in volume, even as the word “liberty” is heard less frequently.

For the state and its fans, liberty and security cannot coexist because individual rights are the antithesis of the state. For the state, security means aggressive law enforcement that controls the peaceful but undesired behavior of regular people and protects the powerful. Safety is used as a synonym for regulation and other measures that guarantee the state’s monopoly on the economy. Respectability refers to society’s willing compliance with authority in order to prevent guns from being drawn and to provide profits for those in line with the status quo. The definitions, of course, resemble reality seen through the looking glass. Safety is not the goal of those who introduce violence into voluntary exchanges and then pretend to be providing a service; force and fraud cannot be eliminated through force and fraud. And respectability is not obedience.

The main voices holding the line against statism within crypto are the idealists—those who believe social change for the better is possible. Specifically, they believe in making individual freedom an option for every person in society. To crypto-statists, these financial revolutionaries are trouble-makers who should be disdained personally and penalized by the state. The “trouble making” part, however, is probably accurate.

The irony is great. Crypto-statists are rushing into a well-defined, efficient world that was constructed from scratch by rabble-rousing idealists—the same people they claim are out of touch with reality. Crypto-statists embrace the idealists’ hard, cold reality—all the while decrying the principles that created it and which are integral to its functioning. Instead, they claim that crypto and the blockchain are merely technical advances–a new tactic for securing profits. To maintain this “new wine in old bottles” view of crypto, statists ignore the freedom features that are built into the digital dynamic, such as decentralization, privacy, transparency, individual control, and peer-to-peer transfers. Because the crypto-statists have arrived on the scene to make money, they argue that secure profit is the defining feature of cryptocurrency, not ideology. Such traders and investors are like members of a kibbutz who deny its political context and claim that they are there merely to garden.

Profit-versus-freedom is yet another false dichotomy. Crypto-idealists loudly applaud individuals who make an honest profit, including huge fortunes. The sticking point is how the wealth is accumulated. On the free market, profits signal hard work, judgment, the wise allocation of resources; what’s not to applaud? Under statism, dishonest profits are accumulated through the use of force or privilege disguised as law; dishonest profits deprive the unprivileged of opportunities and earnings. A dishonest profit is theft, and the real dichotomy is theft versus freedom.

Crypto-statists present at least one valid dichotomy, however. In their world view, liberty and security are irreconcilable opposites. The often-suggested “compromise” between the two is a lie. The only “compromise” is a surrender akin to the one between liberty and security that operates at airport screenings. Liberty is stripped from individuals and the state is empowered so that, in terms of financial freedom, the “decaying, dickensian, outmoded system called banking” receives a reprieve from its long over-due demise.

The field of battle between idealists and statists is ideas.

In Praise of Ideas

The debate in crypto is between two conflicting ideologies or models of society: individual rights and state power. Murray Rothbard, the founder of anarcho-capitalism, referred to it as “the eternal struggle between liberty and power” that has defined human history. Those who argue for the state to interfere with the free market do so for many reasons. The motives include self-interest, conformity, fear of the law, peer pressure, and a belief in state sanctity. But the motives are irrelevant to the fact that they involve imposing statism on people who wish to act freely and in peace. It is revealing of the statist mindset that people who wish to live unmolested are called idealists.

Several tactics are commonly used to silence idealists and to discredit discussion of crypto as a source of freedom. Contempt is heaped upon anyone who suggests that crypto is more than a way to make a buck. Or critics go directly to the source of annoyance—the ideas—by claiming that ideas do not matter; the world runs on money.

A rampantly anti-intellectual position contradicts obvious aspects of the world. Every interaction on earth is defined by ideas. Whether or not one shakes a person’s hand is dictated by customs, concepts of fairness, status, hygiene, and the evaluation of circumstances. People constantly assess each other through the filters of race, gender, age, and social status. These are all ideas. Human actions occur in the context of both conscious evaluations and habituated ideas.

Ideologies—systems of ideas and principles–also define our lives because they define our culture, laws, and society. The impact of religious beliefs–Christianity, Islam, atheism—is inescapable. The same is true of political ideologies—Marxism, democracy, individual rights. Even ideas or ideologies to which people object have a deep influence on their behavior and opinions. Ideas are inseparable from who we are and how humanity will evolve.

In Praise of Practical Idealism

The crypto-statist view of idealism is badly skewed. It sometimes rests upon a single question, which is considered to be a knock-down argument; really, it says nothing. The statist asks, “What free society has ever existed?” (The parallel with crypto is to assume it could function only within a broader financial context). Pointing to the many examples of extraordinary freedom, such as colonial America, is futile. Not everyone there was free; not everything expressed liberty. “Aha,” the skeptic declares triumphantly, “freedom is a pipe dream.”

Deflating the triumph is trivial. No large society has ever perfectly reflected any single political or social ideal. The standard of verifying ideals that the crypto-statist uses is half collectivist, half utopian, because society consists of individuals with free will, who do not act in unison. This is also true of applied statist ideals, such as Marxism, under which black markets flourish. A better verification would be to compare one imperfectly-expressed ideal society against another, and judge which best promotes peace, justice, and prosperity. The real verification is to evaluate the ideal that best promotes peace, justice, and prosperity for an individual, because society is nothing more than a collection of individuals.

The crypto-anarchists who created Bitcoin were hard-nosed realists who knew that the world would never be perfectly voluntary. They also believed that working toward an ideal would bring them as close as possible to its reality. The situation is similar to taking daily vitamins even though perfect health may not be realistic; vitamins and exercise will bring you as close as possible. Holding an ideal is the only way to approach it. And approaching ideals such as justice is worthwhile.

Ideals also provide a utilitarian blueprint of how to get from here to there. The network of principles that constitute an ideal system are an intellectual map by which to assess whether a specific action or issue moves closer or farther away from freedom. If free speech is one of the principles, then suppressing an offensive book moves away from freedom and should be opposed. An ideal is like true North on a compass. It says, “Yes, this is the correct direction.”

Holding an ideal up against reality also checks its validity. There should be no fundamental contradiction between the ideal and the practical. The ideal of Marxism, for instance, is doomed by contradicting the economic law of supply and demand, which is immutable. If ideals constantly stumble over fundamental facts, then they cannot be translated into reality. They need to be altered or abandoned.

There is another misconception about practical idealism that should be debunked before proceeding on to practical solutions to statism. This misconception is that,  first and foremost, freedom applies to loosening the state’s grasp on society—for example, by repealing laws or voting “correctly.” Incorrect. First and foremost, freedom applies to individuals—to yourself—and the best place at which to loosen the state’s grasp is the only place over which you have real control: yourself. The rest follows.

[To be continued next week]

Reprints of this article should credit bitcoin.com and include a link back to the original links to all previous chapters