Bitcoin (BTC) has had four market cycles since its inception in 2009, from a bottom to a new peak. The cycles ranged from over 600 days to around 1,050 days. The most recent cycle has just surpassed 300 days, which suggests it could last 3-12 more months.

If Bitcoin’s price remains stable for several months to potentially a year, it could achieve two things. First, it could strengthen the fundamental ground of the next explosive rally as seen between 2016 and 2017. Second, it could cause other cryptocurrencies, or altcoins, to reach new heights, as some investors predict.

The price of Bitcoin was at a mere $3,596 on BitMEX on March 13. Within six months, BTC has recorded a 220% upsurge, outperforming most traditional assets and indices including gold.

The steep vertical rally of Bitcoin could raise the chances of whales — or large individual Bitcoin holders — to take profit. When that happens, the overleveraged nature of the futures market may result in a deep pullback due to cascading liquidations.

But if BTC gradually recovers over time and remains above the $10,000 support level, it could lead to a more sustainable and long-lasting bull cycle. 10% Holdings co-founder Dan Tepiero said:

“Prepare to be patient in Bitcoin. Each up cycle takes longer to play out and is less extreme as absolute dollar value gets much larger. May or may not be another 6-12 months before price breaks up. Should not matter as end price point obscenely higher. Hodlers rejoice.”

As an example, the past two cycles occurred around the Bitcoin block reward halving. The second halving in Bitcoin’s history happened in July 2016. The bull cycle of BTC reached its peak 17 months later in December 2017. 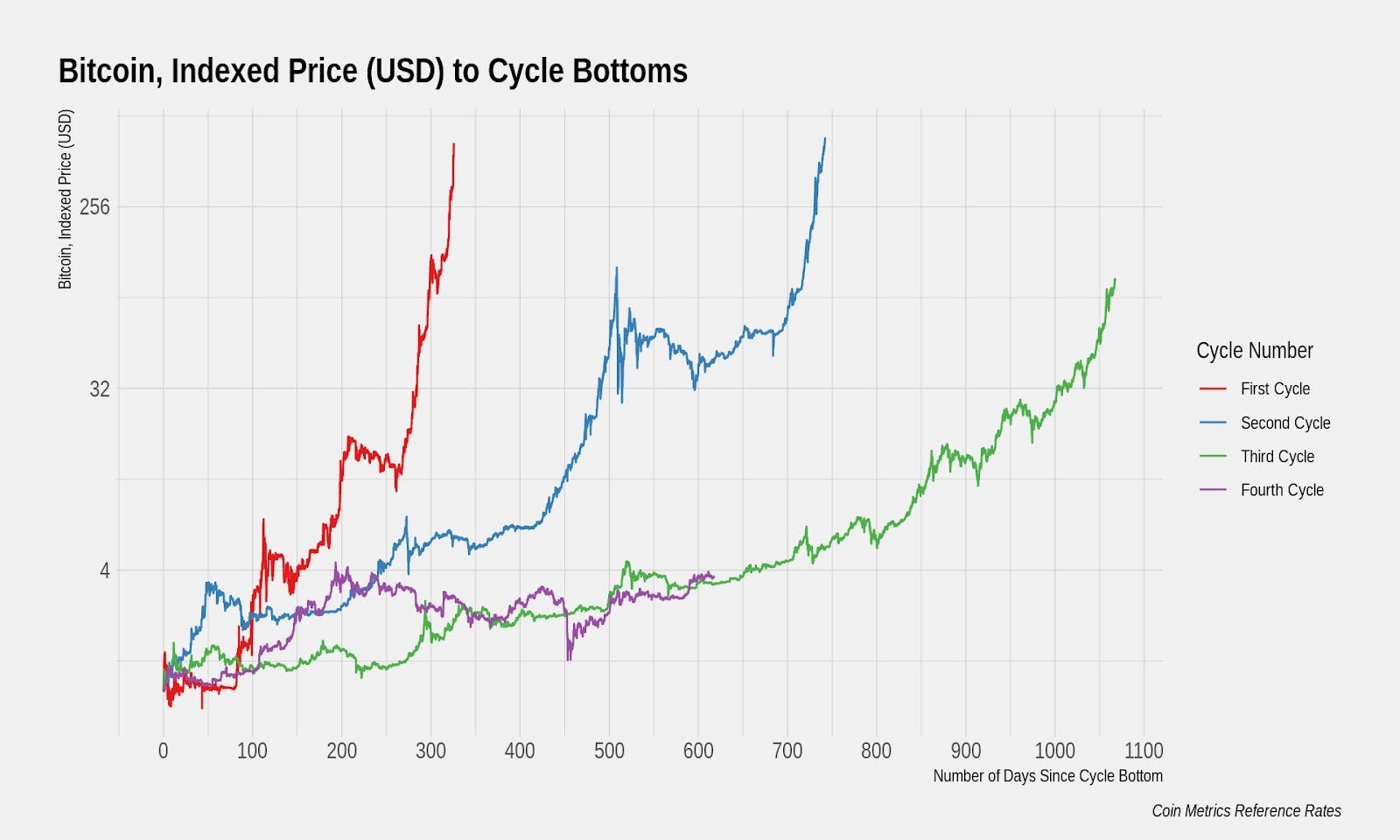 If Bitcoin follows a similar trend as the post-2016 halving cycle, it could see a strong uptrend in late 2021. This would also line up perfectly with the popular stock-to-flow model that suggests BTC price may reach six figures sometime next year.

What do traders see in the near term?

“Holding the daily bull cross is ideal for the bulls, sideways price action can bring these into parallel without crossing, while allowing higher time frame indicators to ebb their decline… ie- I expect relative sideways ranging for a while longer.”

Michael van de Poppe, a full-time trader at the Amsterdam Stock Exchange, similarly said the cycle will likely last longer than the previous one. He said:

Typically, a prolonged period of stability for Bitcoin has led the altcoin market to perform strongly. Kelvin Koh, a partner at Asia-based cryptocurrency fund Spartan Black, hinted it could buoy the sentiment around the altcoin market.