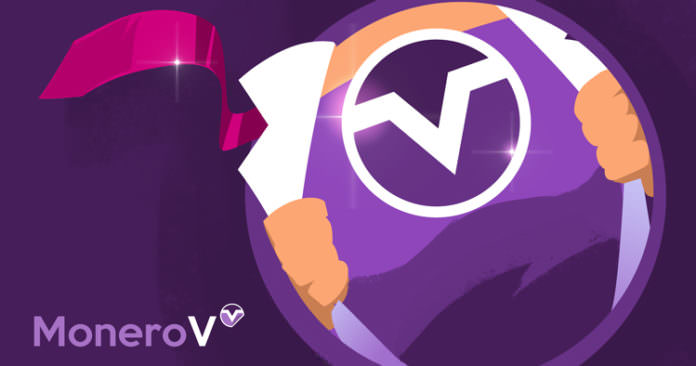 After last year Bitcoin has brought countless Hard Forks, of which only a few really have a raison d’être, Monero will soon be split by Hard Fork.

After Litecoin Cash, Bitcoin Diamond and many other Hard Fork Coins in the crypt world have lost their importance very quickly, one should be particularly skeptical when a new Hard Frok is announced.

On 14/03/2018 at block number 1,529,810 MoneroV is to split off from the Monero Blockchain. All Monero owners are rewarded for holding Monero with XMV Coins (MoneroV) in the ratio 1:10. So if 10 Monero are in a wallet (which supports the Hard Fork), 100 MoneroV will be credited at the time of the snapshot.

has limited supply of coins while Monero’s coin supply is infinite, and MoneroV will implement new protocols that will solve the scaling problems facing Monero and other cryptocurrencies.

With a limited supply of 256 million XMV, 158 million XMV will be released at the time of the fork.

The block time is 120 seconds. The block size should be greatly reduced compared to Monero. All technical details can be found in the whitepaper.

The biggest difference to Monero should lie in the solution of the scaling problem. MoneroV uses the Mimble Wimble protocol to solve this problem.

In order to dust the coins by Airdrop, an official Monero Wallet must be used. These include https://getmonero.org/ and https://mymonero.com, among others. There is currently no announcement from major exchanges (Bittrex, Bitfinex or Binance) for MoneroV support. Of course, this can still happen in the coming days.
Scam warning!

The reason why we keep the details of the technical details very low is that, in our view, the fork is most likely fraud.

This assumption is based in particular on the opinion of Riccardo Spagni, core developer of Monero. This one shared on Twitter yesterday a contribution of the Monero team to MoneroV Fork.

An answer to the question: “does MyMonero support MoneroV and other scam forks?”https://t.co/jWd4a6fPmt

In this, the team makes it clear that it does not support the MoneroV Fork

Firstly, MyMonero will definitely not support any non-native forks of Monero — including MoneroV. This means there will be no support for obtaining access to funds or airdrop coins on such non-native forks.
– Monero Team

Second, the team points to the danger that MoneroV might pose to owners of Monero. The main danger is that MoneroV users are advised to enter their Monero Private Keys in the MoneroV Wallet to receive the MoneroV Coins. Generally you should never reveal your private keys. The entry of the private key at MoneroV is particularly problematic because the source code of the wallet is currently not publicly available and will only be released after the scheduled forking date.

Another warning signal should also be that the MoneroV team keeps 6 percent of the total MoneroV itself. On the one hand this indicates a strong enrichment of the developers, on the other hand it leads in a certain way to a centralization, whereby manipulations of the course could be possible.
Conclusion

Although free coins from Hard Forks and Airdrops are a nice thing for cryptocurrency owners. Nevertheless, one should always be critical for all euphoria. In the last few months, Forks are gathering to exploit the name of well-known cryptocurrencies, such as Bitcoin, Litcoin, Ethereum, and now Monero, to capitalize on it.

Virtual currency is not legal tender, is not backed by the government, and accounts and value balances are not subject to consumer protections. The information does not constitute investment advice or an offer to invest.