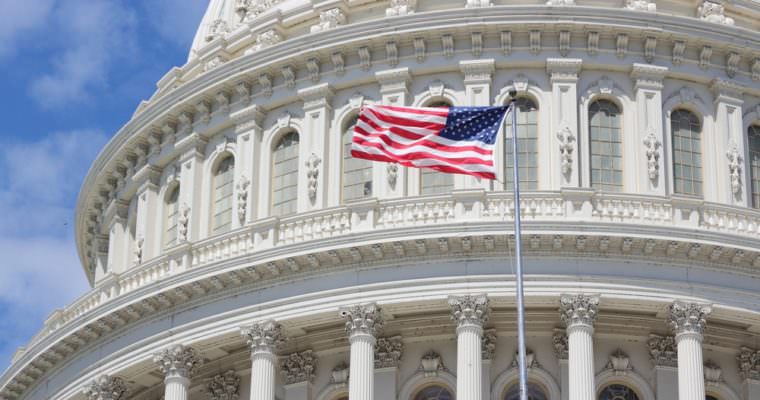 A lobbying firm in America’s political capital that has been hired by cryptocurrency firms including Ripple will now get a certain portion of its fee paid in XRP.

The Washington, D.C.-based Klein/Johnson Group has been contracted by the San Francisco-based Ripple and several other firms in the cryptocurrency sector and will be paid for its services in the U.S. dollar and XRP, according to Bloomberg. The lobbying firm will reportedly receive a monthly fee of approximately US$25,000 in fiat and an additional 10,000 XRP.

Klein/Johnson has been hired by blockchain and cryptocurrency firms that are organized under Securing America’s Internet of Value Coalition umbrella body. The goal of the coalition is to lobby regulators as well as lawmakers on cryptocurrencies. Besides Ripple, other organizations that have joined the coalition include digital asset investment firm Hard Yaka, crypto custodian company PolySign, and entertainment and content digital payments platform Coil.

According to Izzy Klein, the co-founder of Klein/Johnson, the lobbying efforts of Securing America’s Internet of Value Coalition will be directed towards the U.S. Congress, the Securities and Exchange Commission (SEC), and the Internal Revenue Service (IRS), as well as other government agencies and public organizations whose mandate and mission has a bearing on cryptocurrencies.

In the case of Ripple, for instance, there has been a long-running debate over whether the SEC should classify XRP as a security, a move which would place it under the market regulator’s scrutiny. While the SEC has offered clarity on bitcoin and ethereum (to some extent), XRP has not been accorded the same treatment despite an initiative to ensure it is not classified as a security. Three months ago, for instance, the CEO of Ripple Labs, Brad Garlinghouse, vehemently argued that the XRP token is not a security, as CCN reported:

“I think it’s really clear that XRP is not a security. XRP exists independent of Ripple and it would operate even if Ripple Labs failed. I don’t think that our ownership of XRP gives us control.”

Need for Regulatory Certainty and Clarity

With the debate yet to be settled — for XRP as well as other digital assets — 15 members of the U.S. Congress this week called on the SEC to offer clarity on cryptocurrencies and issue guidelines on initial coin offerings (ICOs).

In a letter signed by the 15 legislators hailing from both sides of the U.S. political divide and addressed to the chairman of the SEC, Jay Clayton, the authors pointed that there was uncertainty regarding how digital tokens are offered and sold. According to the members of Congress, this was slowing the pace of innovation in the world’s largest economy and driving business to other parts of the world where more clear rules and regulations exist.