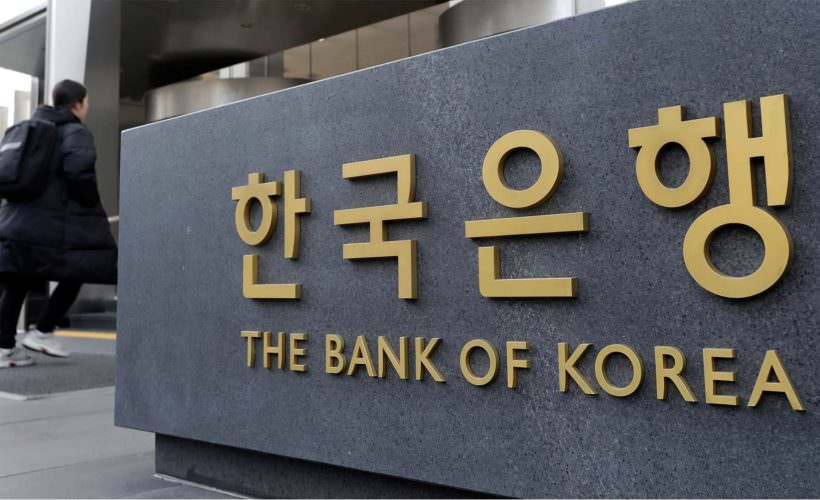 The Bank of Korea has become aware of possible legal issues surrounding the central bank digital currency. Due to this, 6 experts have been assigned to the research concerning this exact problem.

South Korea’s central bank, or the Bank of Korea (BOK), has created a legal advisory team to study possible legal issues concerning the planned central bank-issued digital currency (CBDC) launch. The bank has announced in their press release that there will be six experts out of which there are three professors, two lawyers, and a single BOK official. The team was planning to be working on their report until May 2020, however, since the plans were not set in stone and the novel coronavirus hit the country, major delays have been in order.

Back in April, the central bank issued a statement where they assumed that the 22 month-long pilot program would assess the logistics in connection to CBDC. This means that the program will be in effect for a longer period of time than the appointed legal advisory group. The bank representative has also added that there was no rush in releasing CBDC, thus, the market study would be very thorough and assess the situation as a whole. The bank official stated that:

“The need to issue a CBDC in the near future still remains slim when considering the demand for cash that still exists, the competitive payment service market and high-level financial inclusion, but there is a need to be able to quickly take steps in case market conditions at home and abroad change rapidly.”

The cryptocurrency has become fully legal in South Korea as of May 7th, 2020. This creates a loophole in the legal system concerning gambling. Casinos in general are strictly prohibited in South Korea. The law draws no distinction between online and real-life gambling. Due to this, people who are interested in participating in the activities concerning online casinos usually do this using cryptocurrencies as it creates a perfect environment for anonymity. This is why digital casino games from all over the world are slowly sneaking into the South Korean environment. It is not far-fetched that a BOK supported cryptocurrency can also be utilized in this manner. To prevent the malicious use of the currency the bank needs to make sure the market is foolproof and that there are safeguards in place to stop the manipulation of cryptocurrencies. However, avoiding the problematic part is hard. What people do is that they go ahead and buy bitcoin on the darknet. After the successful acquisition, the cryptocurrency is used to deposit money into online casino websites. As the games progress and the winnings come, they use online casinos to convert money back into cryptocurrency and withdraw it in local currency afterward.

Although the Bank of Korea does not see the urgency in the introduction of CBDC the government has been firm on its stance to introduce digital won.

South Korean merchants have been eyeing out digital currencies for a while now. This is why the South Korean government has been so keen on introducing digital won. The urgency is reinforced by the fact that a lot of South Korean merchants are absolutely fine with using the Chinese digital Yuan, which doesn’t sit well with South Korean national interests. The reason foreign CBDCs are so attractive lies in the anticipation of opening the borders after the lockdown due to the novel coronavirus.

This will lead to increased traffic from Chinese tourists and hence the option to pay in digital yuan will benefit the merchants and service industry in general. In the recent interview, Glenn Woo, Ledger Vault’s head of the Asia-Pacific region, has predicted that the Chinese Yuan will be the first government-backed virtual currency to launch worldwide. The initial “wow” factor will cause a lot of people to buy up the cryptocurrency. Thus, leading to huge financial gains for the Chinese government. It is a race where lots of governments are fully invested in winning.

Apart from the obvious, the Chinese government is not known for concerning itself with the privacy of its users. Therefore, there are fears circulating everywhere about the oversight of the government with one author of an article stating that:

“If people from other countries make widespread use of the ‘digital yuan,’ centrally managed by the People’s Bank of China, it is likely that the user will be exposed to Chinese authorities.”

In addition, Yonhap’s author states that the Chinese digital currency strays far from the normal blockchain-based cryptocurrencies like bitcoin, where privacy is the main concern and draw. Adding:

“I think that the motivations are not necessarily the same in all countries for better or worse I tend to look at China a little bit differently than other countries because I believe, and this is just my own beliefs, but I think one of the motivations for China is to make sure they are able to maintain control over payments and outflows by creating a digital currency that has ID built into it for the Chinese government, and it also becomes a surveillance tool, unfortunately.”