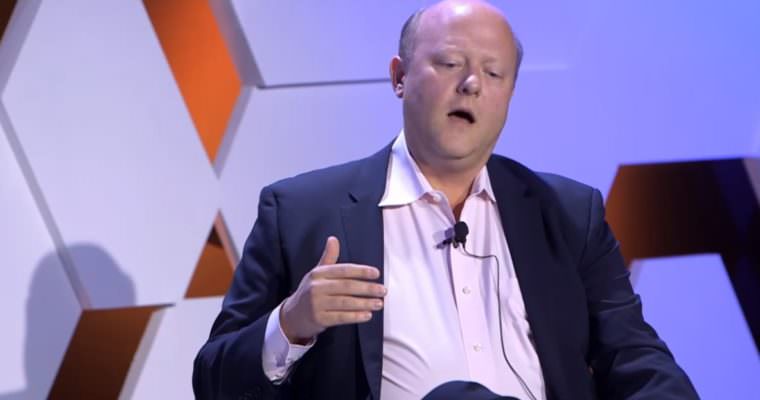 Bitcoin price has lost more than 9 percent of its value in the past 24 hours. But according to Jeremy Allaire, the cryptocurrency is a winner in the long term.


The Circle CEO said Thursday during a Reddit AMA that bitcoin would become more significant as a store of value than as a payment and settlement protocol. He predicted that there would be millions of different crypto assets in the future and each one of them will serve a specific purpose. Fiat currency assets and stablecoins, for instance, will be used for payments and settlements while commodity assets will act as a fuel for utilizing protocols, networks, and applications.

“Our view,” explained Allaire, “is that crypto assets will continue to increase in all their forms […] We [think] SOV assets like Bitcoin will become much much larger and more broadly adopted and those other crypto assets will be used in an incredibly broad array of everyday transactions.”

Critics argue that bitcoin would be anything but a store of value unless it becomes stable. Janet Yellen, the former chief of the Federal Reserve, said last year that the coin was not an efficient mean of processing payments. Financial service firm Allianz also dismissed Bitcoin in its 2018 report, saying that the cryptocurrency had no intrinsic value in contrast to the fellow store of value assets like sovereign bonds, equities or paper money.

However, believers counterargue by saying that even the US Dollar has no intrinsic value: that the only reason why people trust the greenback is that they have faith in their government. That also helps clarify the nostalgia for the Gold standard, when the government papers had their supply measured by the amount of the precious metal they held.

“Dig a bit deeper, and it becomes clear that gold itself has no intrinsic value,” wrote Zachary Karabell, the head of Global Strategies Envestnet. “Its supply is limited (as is bitcoin, a strength of the digital currency), creating a relationship between supply and demand that cannot easily be manipulated.”

‘Big Four’ audit firm KPMG also believed that bitcoin could attain a store of value asset, providing institutions start backing it in large scale. But unless then, the cryptocurrency will likely remain speculative owing to its broader exposure to volatile retail markets.

Crypto in Everyday Use

Allaire hinted that focus from bitcoin had to be shifted to enable crypto ecosystem for real-time user adoption. He said that stablecoins like Circle USD (Ticker: USDC) are more attractive, providing they innovate to scale the throughput and reduce transaction costs to zero. Setting their agenda for 2019, Allaire confirmed that Circle would expand USDC’s adoption among retailers.

“Centre’s initial release of the USDC smart contract and scheme relies on ERC-20 tokens, which right now means that there’s a bit of a burden on the end-user to have wallets where they pay gas fees and the like,” stated Allaire. “We believe that we need Layer 2 approaches that can radically scale the throughput and lower the cost to closer to zero for USDC payments, combined with much much better consumer payment UX than what you see in crypto wallets today.”

Allaire also announced that would seek support from payment processing companies and merchant acquirers to integrate USDC into their solutions.