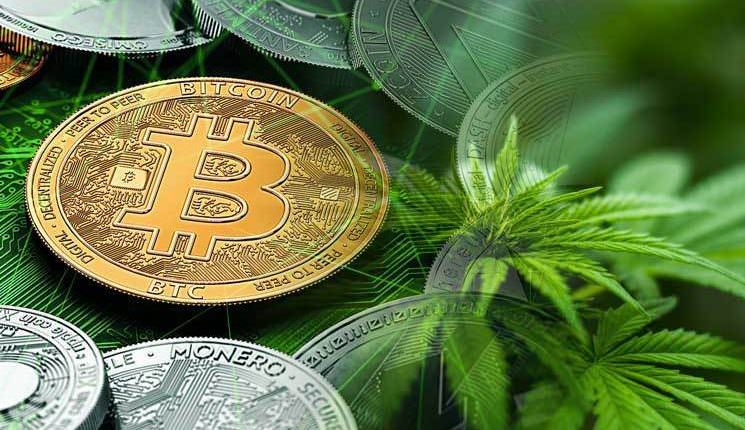 Cannabis has been getting more popular, reaching more than 250 million consumers worldwide and increasing every year, this has led to a slow but steady decriminalization and legalization in some parts of the world.


Now, this is a good thing for consumers but cannabis entrepreneurs have been dealing with a lot of obstacles, for example, in the US more than 10 states have legalized the recreational use of cannabis while 33 have legalized medicinal use but it’s still illegal at a federal level, making it hard to make cannabis-related transactions even in legal states.

Because of the federal legislation, companies that sell/buy or distribute recreational and/or medical cannabis cannot use banks to conduct their businesses, forcing cannabis businesses to look for alternatives like virtual currencies.


Even though there are a lot of cryptocurrencies available, there are relatively new virtual currencies made specifically for the cannabis market such as:

PotCoin launched in 2014 and was one of the first virtual currencies in the cannabis industry, designed to solve banking problems in the legal cannabis market, especially in Colorado.

CannabisCoin was released a few months after PotCoin but was focused on medical cannabis transactions. This cryptocurrency had a line of cannabis strains with the purpose of having an exchange rate of 1 CANN to 1 gram of flower but failed to deliver to the investors.

HempCoin also was launched in 2014 but it aimed to help not only dispensaries but also cannabis farmers who needed to buy tools and equipment, becoming so popular that all agricultural businesses have started using it.

Why buy seeds with Bitcoin

There are different regulations all over the world regarding the purchase of cannabis seeds and both operate in legally grey areas so even though most of the cryptocurrencies were aimed at big cannabis businesses, home growers also benefited from it.

Depending on where you live, buying cannabis seeds can be quite risky, for example, in some places the authorities can knock on your door if they find out you’ve been buying seeds, knowing that, seed banks all over the world started adopting cryptocurrencies as a payment option.

You can find a lot of seed banks that sell every type of cannabis seed available in the market, seed banks like Fast Buds offer a good variety of feminized autoflowering seeds while providing a Bitcoin payment option, giving you the certainty that your transaction will be completely anonymous.

If you’re new to cannabis, automatic strains are a special type of strains that contain the Ruderalis genetics, giving them the ability to flower based on age instead of needing a light cycle to do so.

Growers can have up to 3-4 more cycles because autoflowers can take as little as 8 weeks from seed to harvest, saving up to 30% of time while resulting in big yields that can be easily increased by performing LST techniques, making them perfect for all types of growers.

Obviously, being anonymous has its downside because before purchasing your seeds, you will have to create a wallet.

A bitcoin wallet is similar to a bank account, in your wallet you can see your balance, send and receive cryptocurrencies from all over the world.

When you create a wallet, you will receive an address that is used to receive payments, in the same way, when you need to send money you will get an address, that works like your account number.

So after creating your wallet, receiving or sending money is really simple.

Log into your wallet and copy the receiving address. A wallet address has more than 30 characters and you can easily make a mistake so avoid typing it.

When doing a transaction, you just need to copy and paste your address and in the order form, this way they’ll know where to send money to.

Sending money is the same as receiving but instead of you giving your address, the seed bank will provide their address. You just have to log into your wallet, click on Send and paste the address provided.