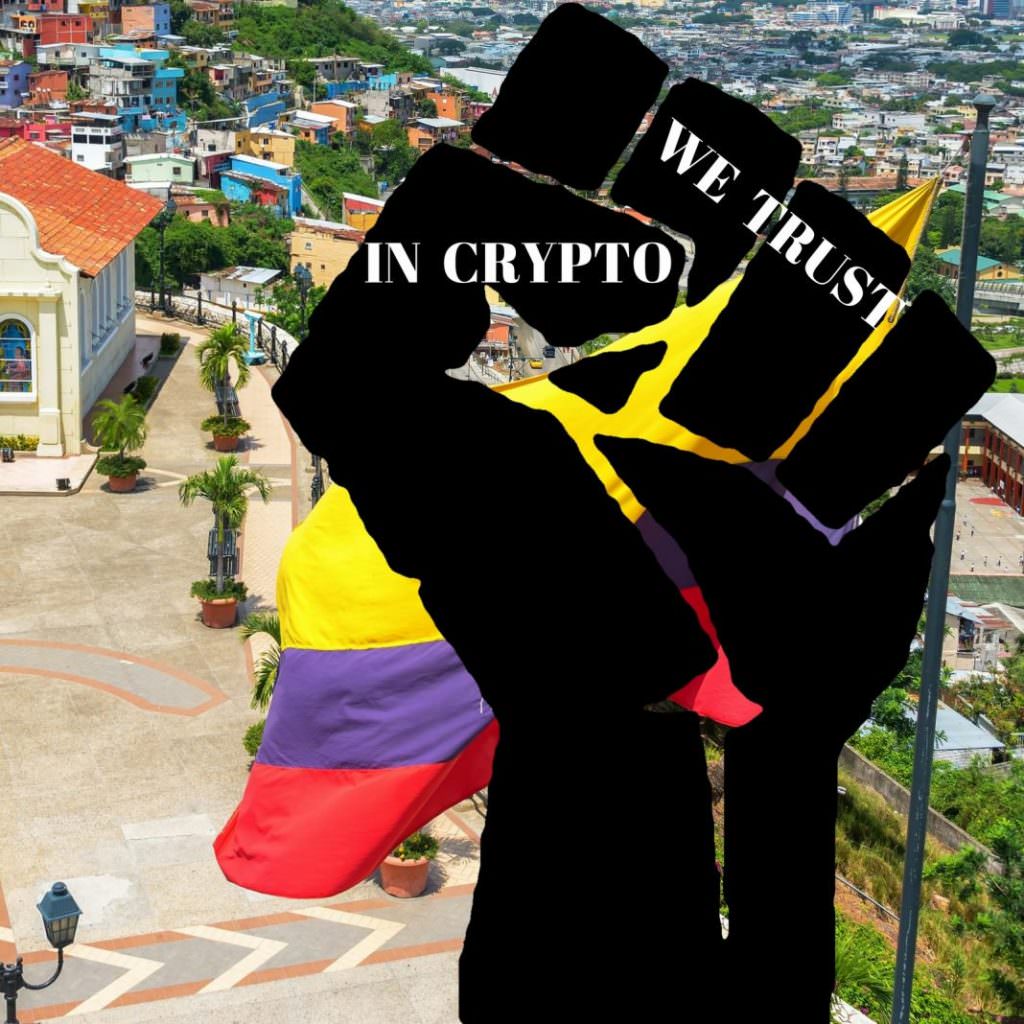 The government of Ecuador launched an all-out war on cryptocurrency about four years ago, even going so far as to push its own state-backed version. With local lapdog media attempting to scare the country’s populace, something of a backlash has taken place. A rather brave group of bitcoiners have opened crypto automated teller machines (ATMs) in the nation’s capital, and the government is not happy.

Paz Gómez of Antigua Report notes, “The Ecuadorian government has been trying—and failing—to ban cryptocurrencies since 2014.” As a consolation, the government issued something akin, but state-backed – Dinero Electrónico. As with most such ventures, it quickly fizzled, and was later tossed to the private sector…where it has languished unused.

At the beginning of this year, the government inadvertently showed its hand by addressing what everyone already knew: bitcoin is growing in popularity throughout the country. Banco Central del Ecuador, the country’s central bank, issued a terse Comunicado Oficial: Sobre El Uso del Bitcoin. “The Central Bank of Ecuador informs the public that bitcoin is not a means of payment authorized for its use in the country,” the statement began. “Bitcoin is a cryptocurrency that has no backup, because it supports its value in speculation. The financial transactions carried out through bitcoin are not controlled, supervised or regulated by any entity in Ecuador, which is why its use represents a financial risk for those who use it.”

The salient part of the missive backed away from the government’s earlier prohibition. “It is important to point out that the purchase and sale of cryptocurrencies -like bitcoin- through the Internet is not prohibited; However, it is emphasized that bitcoin is not a legal currency and is not authorized as a means of payment of goods and services,” the bank reiterated.

This was enough of a hole, in what was already a lax enforcement environment, for a crypto consultancy group, Criptoasesores, to install “first locally assembled ATMs in the capital, Quito, to provide Ecuadorians with a secure and easy way to acquire and sell cryptocurrencies,” Ms. Gómez reported. Two ATMs were installed at a cost of 22,000 USD each, capable of exchanging fiat for bitcoin, dash, and puras.

“Every day, more and more Ecuadorians trade goods and services thanks to Bitcoin and other emerging digital currencies,” she explained, “as evidenced by sellers and buyers listed on Localbitcoin and on several social-media communities.” Crypto ATMs, then, will only hasten adoption, as Ms. Gómez elaborates, “No prior contact with digital currencies is needed, not even owning an e-wallet. The ATM prints out the information of a new wallet where the acquired currency has been transferred to. However, to sell them, one should already have a device with a wallet and make a usual transaction to the address provided by the ATM. After verification, the ATM hands out the money and a receipt.”

Sternly, about a week after the launch, the central bank hit back, publicly and loudly. According to El Comercio, “It is not legal because it is not backed by a financial institution that is supervised by the Superintendency of Banks,” explained Verónica Artola. “Neither is it a financial service authorized by the Superintendency. You can invest in these currencies, but not buy goods or services in the country,” further insisting crypto ATMs are not authorized under the country’s financial legal codes.

Criptoasesores’ Dany Ledesma said the group didn’t ask for official permission “because we are not providing a financial service. It’s like when you buy recharge minutes on a machine.” As such, the ATMs will be for educational purposes only, giving fellow country persons a taste of what is possible. “We continue to work to improve the ATM’s technology and find a profitable business model,” he told Antigua Report. “One of our goals is that the sale and purchase of cryptocurrencies becomes formal and legal, so that people can engage in safer and more secure transactions.”

Whatever the case, clearly the government views bitcoin as a threat, and the attention it has given two lowly ATMs in its capital will probably end in having a Streisand Effect, allowing still more people to hear about the phenomenon sweeping the world and their country.

What do you think about opening ATMs as an educational measure? Let us know in the comments section below.

Not up to date on the news? Listen to This Week in Bitcoin, a podcast updated each Friday.